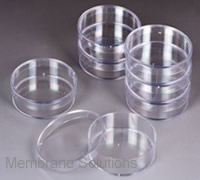 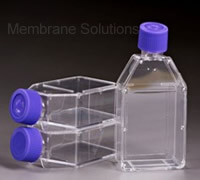 Tissue culture is the growth of tissues or cells separate from the organism. This is typically facilitated via use of a liquid, semi-solid, or solid growth medium, such as broth or agar. Tissue culture commonly refers to the culture of animal cells and tissues, with the more specific term plant tissue culture being used for plants.

Cell culture is the complex process by which cells are grown under controlled conditions, generally outside of their natural environment. In practice, the term "cell culture" now refers to the culturing of cells derived from multi-cellulareukaryotes, especially animal cells. However, there are also cultures of plants, fungi and microbes, including viruses,bacteria and protists. The historical development and methods of cell culture are closely interrelated to those of tissue culture and organ culture.

Mass culture of animal cell lines is fundamental to the manufacture of viral vaccines and other products of biotechnology.

Biological products produced by recombinant DNA (rDNA) technology in animal cell cultures include enzymes, synthetic hormones, immune biologicals (monoclonal antibodies, interleukins, lymphokines), and anticancer agents. Although many simpler proteins can be produced using rDNA in bacterial cultures, more complex proteins that are glycosylated (carbohydrate-modified) currently must be made in animal cells. An important example of such a complex protein is the hormone erythropoietin. The cost of growing mammalian cell cultures is high, so research is underway to produce such complex proteins in insect cells or in higher plants, use of single embryonic cell and somatic embryos as a source for direct gene transfer via particle bombardment.

Plant cell cultures are typically grown as cell suspension cultures in a liquid medium or as callus cultures on a solid medium. The culturing of undifferentiated plant cells and calli requires the proper balance of the plant growth hormones auxin and cytokinin.

Cells derived from Drosophila melanogaster (most prominently, Schneider 2 cells) can be used for experiments which may be hard to do on live flies or larvae, such as biochemical studies or studies using siRNA. Cell lines derived from the army worm Spodoptera frugiperda, including Sf9 and Sf21, and from the cabbage looper Trichoplusia ni, High Five cells, are commonly used for expression of recombinant proteins using baculovirus.

For bacteria and yeasts, small quantities of cells are usually grown on a solid support that contains nutrients embedded in it, usually a gel such as agar, while large-scale cultures are grown with the cells suspended in a nutrient broth.